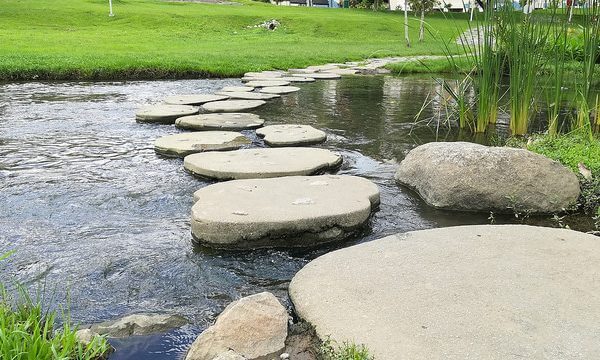 This month I’ve chosen to write about a book, Nancy Kline’s Time to think. It was written in the 1990s and proposes a model of human interaction that helps people to think more clearly, improving the way they work and live.

One principle is that when talking to someone, you shouldn’t interrupt them. Let them take their time to think as they talk, simply by giving them your attention. Just the fact you’re there, listening, is going to prompt them to think more deeply.

Kline also talks about 10 behaviours that form a what she calls a ‘Thinking Environment’. These are:

When giving someone your full attention, often if they are talking about something that’s affecting them, there will be an underlying assumption that’s getting in the way of them putting a plan into action. It might be a limiting assumption about their own ability. Turning that assumption around and asking them to think what they would say if they knew they had that ability, can get them to think more clearly and to articulate better what they want to say.

There can be several different types of limiting assumptions that may get in the way. Kline is saying that these can be removed by what she calls an ‘incisive question’. This involves finding the positive opposite, for example if someone believes that they are not important enough to give their opinion on a work matter. Then as the listener you would try to find the polar opposite of this, e.g. in this example it might be: ‘If you knew you were important enough to give your opinion, what would you say?’ It must be the person’s own words, as that will have more impact, so they might instead say the positive opposite of the first statement above is that they were more ‘intelligent’. Therefore, the incisive question would be ‘If you knew you were intelligent, what would you say?’

The techniques used in Time to think can be applied at work, in meetings. They can be used so that people are given turns to talk, making sure that everyone has their say, so that everyone is able to talk without being interrupted.

Where the Time to think methodology can be applied in real life.

It can be applied at work, but it’s also applicable to many other situations, such as in relationships, family, education, health & well-being, and, of course, coaching relationships.

You may also be interested in my article on the Power of introverts.