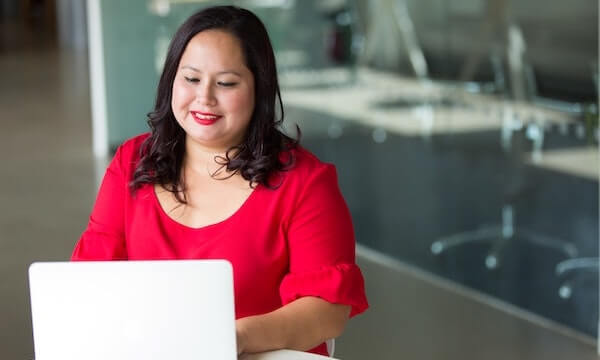 For those in their 40s, 50s and 60s, it can sometimes feel that the younger generation are being favoured in terms of jobs. This is ageism at play. Some organisations and professions will have a workforce that is predominately made up of people in their 20s and 30s. Sometimes, it’s because in some professions, the older people tend to move up to management level. Other times, it’s because of the culture of the organisation. This can be where younger people are promoted and as they are then the ones who are carrying out the recruiting. Then they may tend to choose people who are a similar age, or younger. It can also be a combination of both of these factors.

If you think about it, people who discriminate by age are actually discriminating against their older selves.

Firstly, I would like to say that there has been a huge amount of work ongoing to train staff that are given recruitment responsibilities in the UK. The CIPD has a section on its website dedicated to an age-diverse workforce. Here it recommends that organisations ‘improve recruitment practices to eliminate bias’. Most large companies and organisations, rightly so, are putting their staff through courses to educate them on subjects such as unconscious bias.

Unconscious biases are social stereotypes about certain groups of people that individuals form outside their own conscious awareness. A quote by Daniel Goleman is “The range of what we think and do is limited by what we fail to notice. And because we fail to notice that we fail to notice, there is little we can do to change; until we notice how failing to notice shapes our thoughts and deeds.”

It’s true that people may, without realising it, offer jobs to others that are similar to themselves. Also, sometimes, the rapport that is built up during an interview can be due to a sense of being from a similar background and viewpoint.

Sometimes also, there’s the perception that older people might expect to be paid more, or given a higher-level role, however this general statement is often not true. For many, when you get to a certain age, you prefer to have a role that’s stable and steady. Often you’ll have decided that maybe you don’t want to compete for promotion. For some people, you’ll also have built up savings, or paid off a mortgage (or most of it). Therefore, you’ll just want a role that will pay enough for you to have a reasonable standard of living. It’s also quite common to decide at this stage of life that you want a career change. Therefore you’d be content to work in a role that’s a less senior one.

Flexible working will also often be a priority, especially if you have caring responsibilities or feel you want to have more time for yourself. I like this website called Timewise, which carries out some research in the UK to highlight organisations that offer part-time roles.

Although, prejudice, unconscious bias and even favouritism (for example, of candidates that are known to the panel) are always possible in an interview situation. However, it’s good to be clear, this is not always going to be the case. It’s pretty impossible when are you a candidate to tell when discrimination might be taking place. Therefore, my advice would be to try to put it out of your head. So how do you do this, if you have already had the thought about this?

The process of reframing your fears

It’s really difficult to get a thought about facing prejudice out of your head if you have already thought about it. Therefore, you need to give yourself the permission to face these fears and to reframe them (i.e. to change them). Keep reminding yourself that you are a safe, steady, reliable pair of hands with an enormous amount of life and work experience that you can draw on. You will also be able to bring to fruition all you have learnt in life and develop a deeper awareness, perhaps even wisdom.

If you are targeting a particular organisation, is there a way to tell whether the culture is a diverse one? Looking at the website, or at those that are employed on LinkedIn might be helpful. If you’ve heard about an organisation because you know someone that works there, can you ask them about this? You don’t know what you don’t know, so try to think about this organisation as being open to diversity. Think about all the training that’s going on today to help people understand and move away from their unconscious bias.

No Desire to Retire

Have you enjoyed reading this blog? You might also be interested in the blogs on the following subjects: