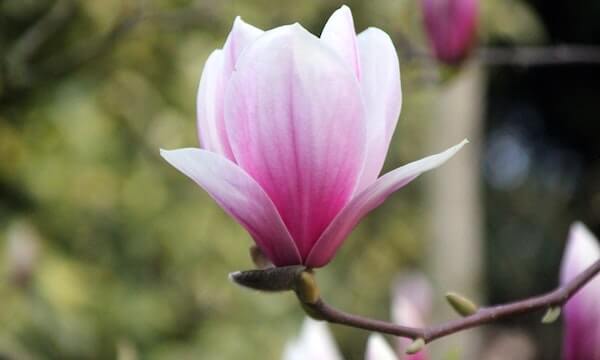 I have written in the past about sub-personalities and how knowing about our different selves can help us increase our self-awareness. Recently I have read a book called ‘the final 8th’ by Bridgit Dengel Gaspard. She writes about how our sub-personalities can sometimes thwart us from achieving the last seven-eights of whatever we have set out to achieve.

Gaspard divides sub-personalities into two categories: primary and hidden. The primary ones are the parts of ourselves with which we are most familiar. These sub-personalities are in charge of how we act and react to most situations. The hidden ones are those that have been suppressed e.g. the angry, or the envious self. This might be because we have told ourselves to only show our ‘nice, happy’ self to the world. Getting to know our many selves, including the hidden ones, can allow us to consider how we choose to be in a particular moment, rather than just going into the usual typical automatic reaction of a primary self.

Making use of your hidden sub-personalities

A situation might be that someone has been quite rude to your face and when this has happened, through shock, you might have just nodded and smiled. An example could be where someone says something about you that was really quite blunt, even though they don’t know you very well. It could come out of the blue, so perhaps you didn’t react in the way you wish you had done, i.e. by calling them out. However, if there is a pattern to this, and it happens more than once, then you really might want to use one of your hidden selves deliberately to let them know that this type of behaviour is not on.

Another example of a hidden sub-personality is the envious self. If you are jealous of someone, this is a good indication of something that is lacking in your life. It can tell you something about yourself – i.e. about your needs and wants. This lack could be for something material, or it could be that you are jealous of someone that has more free time than you. Therefore, it’s good to think about this tells you about yourself? Could you, therefore, set some goals based on this?

Goals that can cause tension between your different selves

Have you ever gone really quite far with a goal and then not completed it? The book, the ‘final 8th’ cites examples where there might be competition between the different parts of you that might mean that you don’t complete your goals. An example may be where you are an artist, who should be very successful, but you never quite follow through with getting a gallery show together. This would be the first step to success. In this case, it could be a battle between the two different selves – one that is ambitious and one that is happy with having art as a hobby. You can call the selves by their names ‘ambitious self’ and ‘content-to-dabble self’. Your different selves will go through a tug of war and one will eventually win over.

Self-awareness of the ‘tug of war’ between different selves

The battle going on between our different selves can lead to paradoxes and indecision. In every decision, there’s the good and the bad, so it’s not always easy to make these choices. An awareness of where these different selves come from can help shed light on whether they should be turned on or off, amplified or dimmed.

With goals, it’s good to tap into our core values and what’s important to us. If we continually don’t reach our goals, then it’s good to ask ourselves if there is some self-sabotage going on? Is there some core negative belief that is leading to this procrastination? Core negative beliefs are internalised ideas that we may or may not be conscious of, such as ‘I am not worthy’, ‘nothing works out’ or ‘I don’t deserve much’. These very often come from parents/care givers, whilst they were raising us. Unintentionally, they may haven given us some of their rules to live by. Examples of these could be: ‘don’t make a fuss’ or ‘when things are going well, life always throws us a curveball’.

Sometimes, it might even be best to let go of a particular goal. That’s if it’s something that, after some self-exploration, it seems that it might not be really what we want.

Self-awareness of our primary and hidden selves can help us to understand ourselves better in order to get on with our lives as best as we can.

The ‘Inner Critic’ and the double bind

Our ‘inner critic’ can be considered as one of our sub-personalities that has a role of enforcing internalised rules, such as core negative beliefs. It is important to be aware of your inner critic, as it can also protect you by getting your sub-personalities to help you, such as your perfectionist, your can-do attitude, and protector/controller. Therefore, it can push you to get things done. However, as I mentioned above, our inner critic can be ruled by these core negative beliefs, so it means that we forge ahead with our goals, but then fail at the final 8th and end up not completing them.

Gaspard calls this a double bind and this can force you to be at a standstill. Completing the final eight, often will involve putting yourself out there. This will make you better known and therefore feeling more exposed and vulnerable. If you are stalled at this final eight stage, then you may wrongly think that there is something the matter with you. You end up accepting your core negative beliefs. This is a double bind, because you want to finish your goal, but at the same time you feel you can’t.

Once you realise you have this double bind, then if you have done some work to identify your primary or hidden selves, you can recruit some ‘self’ or part of you that can work against your core negative belief and can support your final eighth goal.

I hope that this article and the blog I wrote previously helps you to think about the different parts of yourself. By focusing on each one and the positives that they bring to the table can help you to achieve your future goals.

Any cookies that may not be particularly necessary for the website to function and is used specifically to collect user personal data via analytics, ads, other embedded contents are termed as non-necessary cookies. It is mandatory to procure user consent prior to running these cookies on your website.